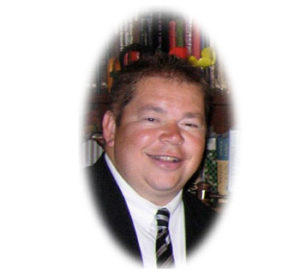 Born and still residing in Akron, Ohio, Michael is the son of Carol and the late Merle Snyder. He is a grandson of the past RBO officer George H. Mihaly, Sr. and a nephew of past president George H. Mihaly, Jr. He joined Lodge #204 (Akron) in 1990, has held various board positions, and is currently serving as historian and immediate past president. Mr. Snyder was elected to the National Board in 1998 and was elected to takeover the treasurer duties following the passing of Mr. Jerry Russin.

As a Parish council member of St. Nicholas Orthodox Church in Mogadore, Ohio, Michael is very active in the FOCA and his parish serving on a number of committees and organizations. From helping at various church functions to coaching the youth basketball team (s), Michael is always willing to lend a hand.

Having served on the Board of Saint Nicholas School in Cuyahoga Falls, Ohio, Sports Director of his FOCA Chapter 20/32, and on the membership Committee for the FOCA Ohio District, Michael realizes the necessity of improving youth involvement to have the RBO prosper in the future.

A 1993 graduate of the Ohio State University majoring in Advertising with a cognate area of economics, Mr. Snyder has primarily worked in the golf industry and has also coached both basketball and golf at the high school level in the Akron Public School system.

Michael, his family, parish family, and RBO Lodge #204 look forward to making your stay an enjoyable one in Feasterville-Trevose, PA. for the RBO Convention upcoming in August of 2018 and continuing his work for the RBO for many years!