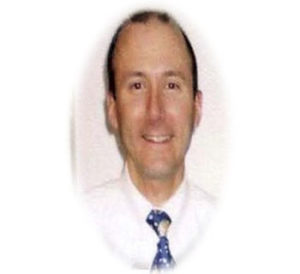 Born in Peckville, PA., Ken moved to Scranton, PA to begin his elementary education. A lifelong member of All Saints Orthodox Church in Olyphant, PA, Ken has been a member of the RBO since 1983. He graduated from Scranton Preparatory High School, attended the University of Scranton, and graduated from Philadelphia College of Pharmacy and Science in 1988 with a BS in Pharmacy.

Ken has worked as a pharmacist at Musheno’s Pharmacy, now the Medicine Shoppe in West Scranton for 16 1/2 years and is currently employed at Red Cross Pharmacy in Forest City, PA since 2003. A member of the Lackawanna County Pharmacy Association since 1988, he served as recording secretary of the association for 10 Years.

Ken has been active at all Saints Church since his youth serving as an altar boy, church school teacher, church council member, and is currently the parish council president serving in this capacity since 2000. He has also been a member of the FOCA since his early teens. Ken was a recipient of four William Fekula Scholarships and served as governor of the Anthracite District for 3 years from 1993 to 1995.

Ken lives with his parents, Stephen and Patricia, Ken, along with his brother Dan and his family, and their parents are all members of the RBO.